Get the Music! Available on

and all major digital platforms.

Time Warp Thomas is an artist with a focus on the first golden age of synth-pop and new wave in the late 1970s and early 1980s.
Hailing from Hamburg, Germany, this music composer and songwriter succeeds in combining catchy, often melancholic melodies with infectious synth-bass grooves to create pure and genuine 80s vibes.

Beginning in the 1980s with a Synth-pop band, he took the long way around to evolve his sound, eventually changing to EBM and Avantgarde Pop in the 1990s, then to several Ambient projects in the 2010s. Time Warp Thomas’s music is a great example of his sonic vision, marking an unprecedented step forward for this artist, whose sound is becoming increasingly more personal and defined, one release at a time.

Time Warp Thomas is quickly generating quite a powerful buzz around him: due to his distinctive approach to songwriting, his work has often been compared to artists as diverse as early Depeche Mode and Pet Shop Boys, as well as contemporary bands like Boy Harsher and Light Asylum.
Find out more about Time Warp Thomas and don’t miss out on his music and activities. 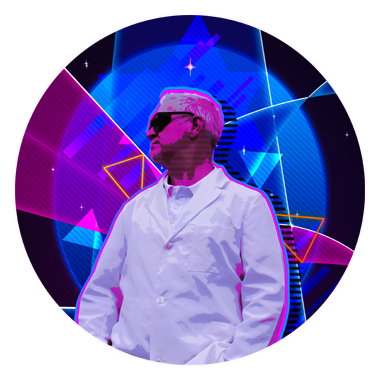